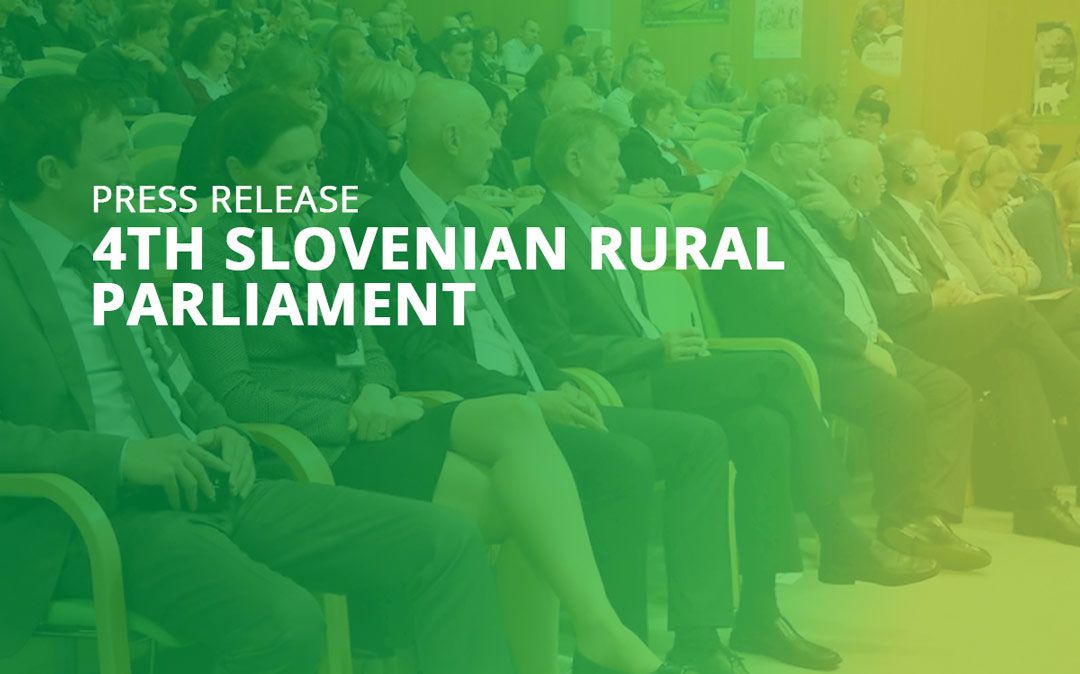 The event started on Thursday, 21 September 2017, with a professional excursion which included a look at examples of good practices and the conference “Promoting local and regional economies” in Šentrupert, where we also presented our local action group – LAG Dolenjska and Bela Krajina and two examples of well-executed LEADER projects (Dežela kozolcev and Dobrote Dolenjske).

On the second day of the Rural Parliament, the main topic of the debate was the challenges of the Slovenian countryside, the search for coexistence between the countryside and agriculture – also in the light of the upcoming changes of the common European agricultural policy after 2020. In the introductory part, the Minister mag. Dejan Židan highlighted the same rights in rural areas and infrastructure support as cities/other parts of the country have. “It is too often thought that only the agricultural sector is responsible for the countryside, which, of course, is not the case, since farmers represent only a handful of rural people. The countryside therefore needs the attention of the whole country and all its departments.” In his speech he also pointed out that Slovenian and European agriculture are not waiting for challenges, but problems. In his words, agriculture seems to gain the costs of climate change and at the same time income reduction. “It’s about exaggerated pressures to cut down on food production prices for European farmers, while at the same time raising the costs of adjustments and measures for climate change limitations.” According to the Minister, this is not possible and leads to problems. “I am concerned when I hear the EU’s thinking that the sum of the countryside money will be reduced, but on the other hand, the expectations and demands for agriculture and rural areas should be strengthened.” He highlighted that food production is one of the most strategic decisions, which generally contributed to the emergence of the EU.

More information about the event and the images from the event can be found here.